Armed With a Megaphone

Mohammad Reza Golriz, the Warrior Who Held a Megaphone Instead of a Gun

Mohammad-Ali Golpaygani, also known as Golriz, was born in Tehran in 1946. He was encouraged by his father to study music and singing, and was taught  by his brother Akbar Golpaygani (also known as ‘Golpa’). Golriz first began working in 1973 in radio, and took part in the late Adib Khansari’s music courses to perfect his music in 1974. At the same time, he began working with the “Sheyda Music Group”, which was directed by Mohammad-Reza Lotfi whom he had met during his military service. The first song he recorded was with the Sheyda Group; it was composed by Fereidoon Shahbazian and supervised by Lotfi. His break in music began in ’76 in radio and by ’79, he had recorded and performed twenty songs with the Aref and Sheyda groups.

After the Revolution in ’79, he cooperated with Ahmad-Ali Ragheb (musician), Hamid Sabzevari (lyricist) and Mojtaba Mirzade (record producer), and together they made a number of hit songs for the Revolution. His debut song for the Iran Broadcast Station was “Teacher,” composed by Ahmad-Ali Ragheb. Some of his well-known songs are:  “Holy Martyr”, “Cry of Freedom”, “Congratulations on this Victory”, “Withered Poppy Flowers”, “A Road to Hope”, “A Call for Help”, and “I’m Iranian and Martyrdom Is what I Seek”. He also released an album called “Dawn’s Promise”, composed by Hadi Azarm, and overall released around 1500 songs from different genres. During Iran’s sacred war, he visited the fronts a number of times with the Ministry of Guidance’s Choir and performed his songs for the combatants of Islam.

Some of his wartime photographs and his memories: 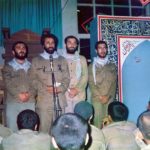 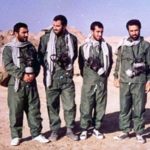 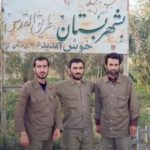 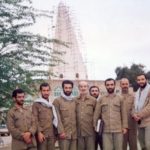 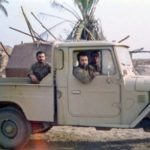