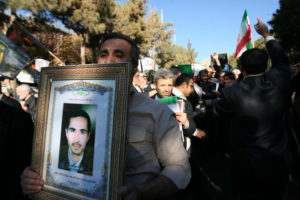 I was married and did not have much of an income to speak of. Professor Shahriyārī provided me with a stipend of 750,000 Toumans a month for work that he gave me which just so happened to dovetail with my thesis. [At the time,] this sum was the equivalent of the salaries of professors who were given [grants for] large projects! He would tell me, “Work on you studies, and if you get into a financial bind, I will help you to the extent that I am able.” If I stayed in Esfahān for a week or two and my return was delayed a bit, he would call me and ask where I was and if there was anything the matter [that was holding me up from returning to my studies]. Most professors believe a burden of responsibility has been lifted from their shoulders when a student of theirs does not show up to class, and do not feel the need to follow up with the student; but Professor Shahriyārī was not like that.