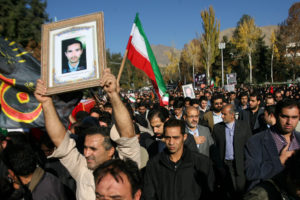 I had a friend who had financial difficulties during the time leading up to his marriage. Shahīd Shahriyārī helped him out and told him to return the loan whenever he was able to; and that righteous soul would pay off a certain amount of his debt every month. Shahīd Shahriyārī was always concerned about the employment prospects and future of his students. If he saw that a student had graduated but was unemployed, he would find work for him or would put him to work on one or another of his own projects. Those students who worked for him on his projects would say that it was not possible for the professor to forget to pay their salaries at the beginning of each month. He was cognizant of those among his students who were married [and thus had a greater share of financial responsibility], and would provide employment to those who did not have jobs or would help them out in some other way.