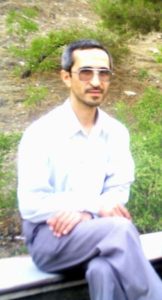 Dr. Sālehī used to say that he had instructed his staff to be sure not to forget to pay Professor Shahriyārī’s salary, because he himself would never ask for it [if we forgot to give it to him]. Or, if he worked ten hours on a project, he would put down seven hours. These were the kinds of attributes which separated him from everyone else. We can hold our heads up high and say [with pride] that we had a man such as Professor Shahriyārī [in our midst].