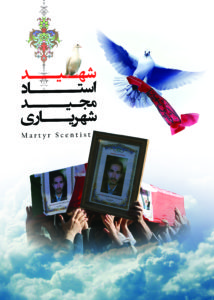 Until the sixth or seventh session of the course, my relationship with Professor Shahriyārī was a teacher/ student relationship. After that, whenever I had a problem or was at a loss as to a decision I had to make, I would go to Professor Shahriyārī. Being in his presence gave me peace. Of course he would not tell me to do this or not to do that; he would simply explain the benefits of each path taken. He would say that I know myself better than anyone else and can therefore chose my path better than anyone else. His most endearing attribute which attracted me to him was the serenity and repose that I felt in his words. And that is why whenever I had a problem, I liked to go to see him.