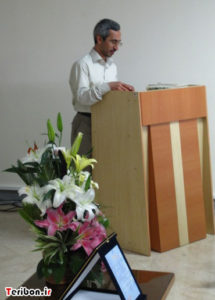 Seven or eight years ago he had advised me that if I wanted to learn something well, I should teach it to others. He was like this himself. He was not grudging in any way whatsoever in the transference of his knowledge and learning to others. Sometimes it so happened that students would come to him and complain about some others, saying, for example, that so and so or such and such a group has used our work [without citing us in their paper]. In response to such situations, Professor Shahriyārī would advise the plaintiff to try to be like a lion who hunts the prey and from whose hunt others also feed.