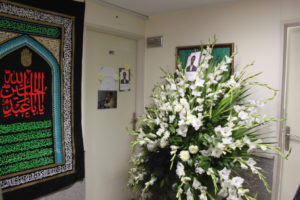 I was in the professor’s office when one of the custodians entered. Professor Shahriyārī stood up with such alacrity [as a show of respect] that I thought that person must be a professor. The person gave a certain amount of money to the professor and left. A little later I heard that the professor had lent money to a few people who were participating in the Maskan-e Mehr housing program.