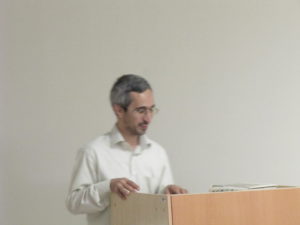 Professor Shahriyārī was not miserly in transferring his knowledge. There are some who hold what they know to themselves, but Professor Shahriyārī was not like that. He constantly held workshops, and he trained numerous students by this means. If there was something which needed his support, he would not hesitate to provide it. Two weeks before his martyrdom I told him that I wanted to build such and such an instrument which was being produced in Canada at the time. He suggested that I put the proposal together, so that if we can build it in house, we would do so, and if not, we would get outside help. I had discussed this same project with some other authorities, but had received nothing but negative responses.