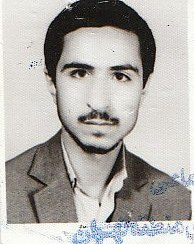 I was stuck on a problem in one of my books. I went to several professors for help in solving it. Some were unable to solve it, and others claimed that the problem is in the question itself [they claimed that the question was improperly framed]. The book was in its third edition and this seemed unlikely, and so I was unconvinced. I took my problem to Professor Shahriyārī. I always went to him as a solution of last resort, because I did not want to take up any more of his time than was absolutely necessary. He was making his ritual ablutions while I was posed the problem. He solved half the problem verbally right then and there as he was preoccupied with running clean water over his face. He answered another portion of the problem as he was running water over his right arm, and a third part as he ran water over his left arm. He addressed another aspect of the problem as he was running a wet hand over the crown of his head and down to his forehead, and he finally resolved the problem in its entirety as he was swiping his feet with his wet hands [in the manner prescribed for ritual ablutions of the feet in Shi’a sacred jurisprudence]. I was delighted with the elegant synchrony of the timing of the solutions with the timing of the phases of the ritual ablution, and was astounded at being witness to the fact that he was able to answer all of the parts of the problem with such ease.