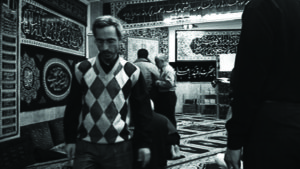 A friend of Shahīd Shahriyārī’s from his university days
Professor Shahriyārī’s personality was the closest one could come to the description given in the moteqayyen sermon of the Nahj ol-Balāgha. I say this without any exaggeration. Some people say the strangest things about the martyrs. Some might say that it is better to consider the audience so that the martyrs can act as role models for them. But the truth cannot remain unsaid because of such pretexts. Majīd was seriously committed to and abided by the sacred law of Islam unfailingly, to the point that he even paid serious attention to the shobahāt or false memes concerning the religion that are out there. And one could see that he was a pious and devoted man of God even in his youth. When I came to know him more closely, I came to know that he was constant in the performance of the supererogatory night-time devotions; that he was meticulous with respect to the accounting of his wūjūhāt dues; that his pious fear of God (taqwā) became all the more apparent in social matters. I cannot recall a single instance where he maligned anybody. When he transferred from Amīr Kabīr University to Shahīd Beheshtī University, he never said a word against anyone, despite the fact that he had been mistreated. The worse thing that I heard him say was that “Things are not good.” From his point of view, this conveyed the height of the crisis.