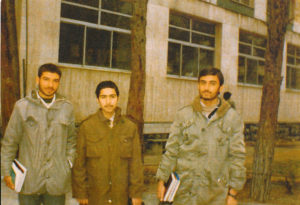 One night we had a meeting in the offices of the University’s Islamic Students’ Association. We decided to continue the meeting at 7 AM of the following morning. Majīd did not show. At that time, there were no cell phones. It was fifteen past the hour when he called. With a dismayed tone I said, “Why did you not show up?” He said that an urgent matter has come up which he could not avoid and that he cannot come. I later found out that Professor Shahriyārī’s first wife had died that night of carbon monoxide poisoning, and he had not mentioned this, but only apologized.