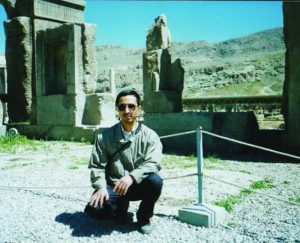 Professor Shahriyārī’s undergraduate degree was in Electronics Engineering. He could have continued for his master’s degree in Electrical Engineering, but decided to switch to Physics. I was one of those who disagreed with this decision. I advised him to study Electrical Engineering as he could be more successful [with such a degree]. But he felt a call of duty, because the subject of physics was relatively less well-attended, and because the field of nuclear physics was only recently started. Nonetheless, making such a change was considered a kind of regression. And so I would tell him, “Why would someone such as yourself who can easily study Electrical Engineering go and switch to physics?”