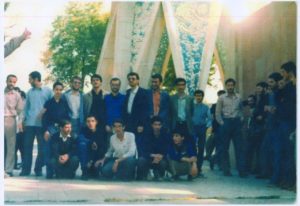 It was 1366 or 1367 (1988 or 1989), and I was [living] in the [university] dormitory. Most of the students had difficulty with some of the courses in the basic sciences. It was decided that Majīd would teach Math 1 and Math 2 [as a supplementary course]. Also, after the war, a body was set up in the universities one of whose aims was to help people who had fallen behind their coursework because of their service in the war front. Shahīd Shahriyārī was highly active in this endeavor, teaching classes which were attended by as few as two or three students.