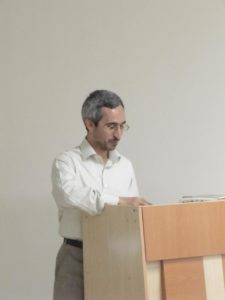 At one point we came to realize that there was some tension between the professors and that they had divided into different groups. The division into such groups is not unusual in academic settings. Professor Shahriyārī and his allies wanted to convert the Physics Department into the Department of Nuclear Engineering, and they were resisted in their efforts by an opposing group. Both groups were composed of religious people. The members of the group which was opposed to Professor Shahriyārī talked [behind their backs] without any qualms and at times would even issue slanders and calumnies against them, but Professor Shahriyārī’s group would not allow us even to talk about the [fact that the] division [even existed] in their classrooms. That was how they comported themselves.