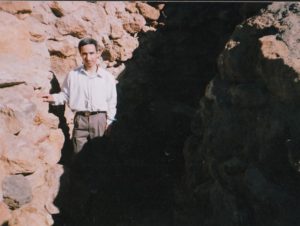 Professor Shahriyārī was a person who was committed to and abided by the sacred law of Islam (motesharre’) and was one who fostered the pious fear of God’s wrath (bā taqwā) [as an essential part of his character]. Thus, on occasion, we would ask him to answer our religious (shar’ī) questions. I remember – it was 1365 or 1366 (1987 or 1988), when I was domiciled in the Shahīd Golshan dormitory – it was about eleven o’clock at night, and I was unsure as to whether or not I had performed my night (eshā’) ritual devotions properly (on account of a question which I had concerning Imam [Khomeini’s] ruling with respect to [the number of cycles of the devotions and travel times within] major metropolitan areas). I went to Majīd’s room. His roommate said that he was asleep. I insisted that there was an important matter which I needed to see him about, so eventually they relented and woke him up. Bring the gentleman that he was, he answered my question without the slightest hint of resentment or reproach.