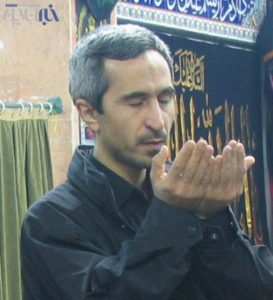 Professor Shahriyārī was devoted to the [Twelve] Immaculate Imams. He even wore black [as a sign of sympathy and mourning] on the anniversary of His Eminence Abdol-Azim’s death. We would say, “What happened, professor?” He would say, “Someone has died.” He had become our religious calendar. He insisted that pastry and confectionary be bought on the birthdays of the Imams  to be distributed among the people. If this was forgotten [by the Department staff], he would go out and buy some personally. He would say, “Why do you buy confectionary for Imam Ali’s  birthday two days in advance, but forget the birthday of the other Imams ?”