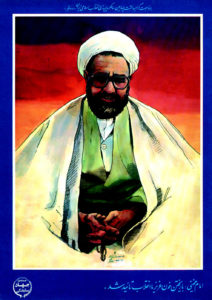 Motahhari is considered to have an important influence on the ideologies of the Islamic Republic, among others.
He was a co-founder of Hosseiniye Ershad and the Combatant Clergy Association (Jāme’e-ye Rowhāniyat-e Mobārez). He was a disciple of Ayatollah Khomeini during the Shah’s reign and formed the Council of the Islamic Revolution at Khomeini’s request. He was chairman of the council at the time of his assassination.