Straight From the Horse’s Mouse 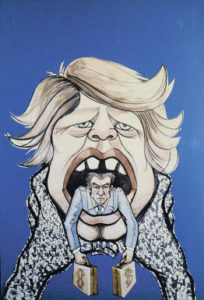 In 1977, Jimmy and Rosalynn Carter traveled to Tehran, where Carter toasted the shah as “an island of stability” in the Middle East. That stability was rocked when Pahlavi was deposed by revolutionaries in January 1979 and replaced by a Islamic republic.

In October, the exiled shah came to the United States for cancer treatment. Carter’s hospitality toward the shah enraged a group of Iranian students, who stormed the U.S. embassy in Tehran on November 4, 1979, and took 66 Americans hostage. The hostage lasted 444 days and Carter’s inability to secure their release contributed to his defeat by Ronald Reagan in the 1980 election.